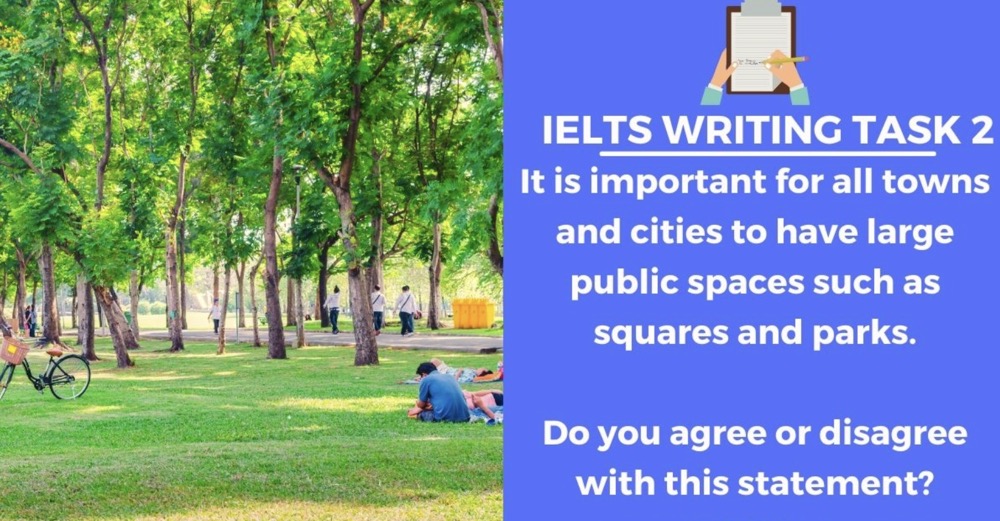 It is important for all towns and cities to have large public outdoor places like squares and parks. To what extent do you agree or disagree? （2014.3.15）

It is sometimes argued about the importance of the existence of public areas such as squares and parks in modern societies. While I agree that these areas bring many benefits to societies and the spiritual life of citizens, I think it would not be possible to have them everywhere as well as.

On the one hand, there are several perks of having public areas in all administrative units. Firstly, public places such as squares and parks could help improve air quality which is degraded in many modern cities. These places are often compared to the green lungs of cities, which could help minimize the negative environmental impacts by a large number of green trees and their ability to absorb rainwater and reduce flooding that occurs when the rainy seasons arrive. Secondly, public spaces can be grasped simultaneously as a cultural reality and as a historical reality. For instance, the Time Squares in New York besides being a high profile business hub in the day it is the American culture’s trademark by the famous ritual of the silver ball dropping at the New Year’s Eve countdown which draws attention from millions of international tourists every year.

On the other hand, I believe that there are several aspects that must be considered despite many advantages. The first one is that governments need to keep the land fund for social welfare construction due to the overpopulation in the world. The high rate of population density provokes the high demands and burdens to the governments in terms of residences and service public infrastructures such as hospitals and schools. Another drawback is the existence of a disruptive development that belongs to the development of technology in many countries. People have other ways of relaxing and entertaining themselves by watching video clips or surfing the Internet instead of doing exercises or joining community activities that take place in public areas.

In conclusion, although the benefits associated with public places are important, the need for such places also depends on each circumstance and must be adapted to the lifestyle of residential communities so as not to wasteland resources.

Despite his young age As part of education, students should spend a period of time studying an...

What’s your flat or house like? Who do you live with? Do you like your neighbourhood? the large...